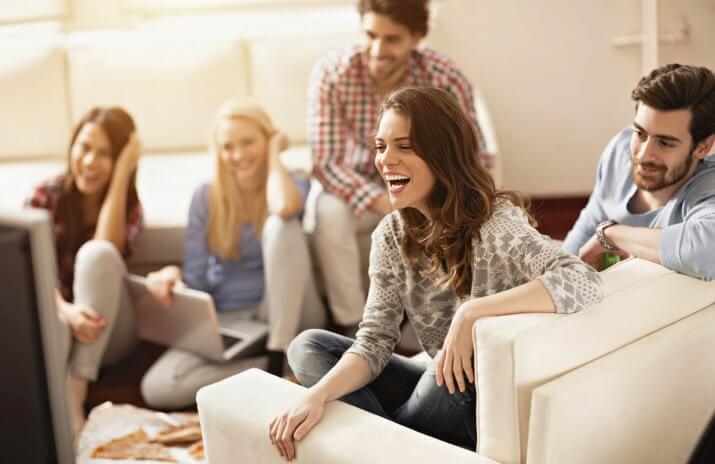 The Trick to Finding ‘Golden’ Roommates

If your students are headed off to college soon, they may be thinking about getting one or more roommates to split living expenses. Share Pauline’s story with them to help them understand how important choosing good roommates can be! 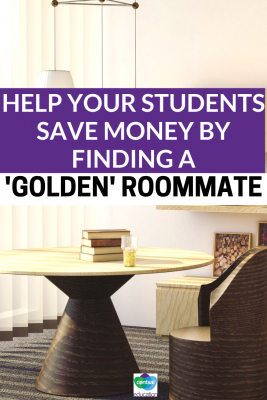 It wasn’t until I got my first job that I decided to get a bigger apartment and roommates to split the bills. The idea seemed great in principle: more living space, a full bathroom; each of us had about the same space as a 200-square-foot studio I had lived in once.

The main problem we had was splitting the bills. In my first house, I was “the boss.” I rented the place from the owner, then found like-minded people to live with me. We all had a similar lifestyle, and I paid a maid to clean the place once a week. That seemed to work.

What Happens When You Don’t Get to Choose?

But then I moved into a place where the landlord rented the room, and put together random people who had no other interest in sharing a living space than that of living cheaply. On my first day, I asked about cleaning duties, and a guy told me no one cleaned. Just like that.

I started showering in flip-flops because the bathroom was filthy. I bought my own set of pots and pans and stored them in my room because no one washed dishes. The same guy was found passed out drunk on the floor on a Saturday night, after he had tried to get into my room, thinking it was his.

The police burst our door open at 3 a.m. one fine day because apparently one of the roommates’ hobbies involved petty theft and making fake passports. That place was hell, but as a responsible tenant who had given the landlord a whole month deposit, I wanted my money back should I move out.

So I took it upon myself to charge everyone for their share of the bills, like utilities, internet, etc. One guy’s mom came to tell me they didn’t want to pay because he was going to be away all summer. Well, bills still come. Another one was a penny-pincher and never had enough change to cover the bill. It was really frustrating.

So I decided to move in with a smaller number of roommates — another couple, my boyfriend, and I in a two-bedroom apartment. That couple ended up being very wasteful. The girl would spend half an hour every morning in the shower, then another 20 minutes drying her hair, while I would cringe at the cost of our electric bill.

But she really outdid herself when she came home drunk one night, craving a burrito, and left the oven on while she dozed off, her burrito burning. I woke up in a cloud of smoke and went to turn off the stove, worried our landlord would forfeit our deposits for ruining the oven and for making the place smell like a charcoal factory.

My next natural move was to buy my own place, where I could truly rule. I bought a three-bedroom apartment and took in only one roommate. It was heaven. The guy knew I was a live-in landlady and was very respectful of my place. Instead of splitting the bills, I included them all in the rent. Rent was a bit above market, but with all bills in, you knew exactly what your expenses would be. Because I had budgeted for a high utility usage, I didn’t get frustrated about long showers.

So if you want my advice, when taking in roommates, realize what you are saving. In my city, a one-bedroom rents for about $1,200. That doesn’t include taxes, internet, utilities, building maintenance, and insurance. That can bring you to $1,500 and beyond.

On the other hand, you can rent a room for $1,000, all in — bills, taxes, and cleaning services. Not only are you saving $500 a month, but you are in full control of your accommodation budget. To me, that alone is worth the extra hassle of having to share a kitchen with people.

In my experience, it all boils down to two factors: cleaning and sharing the bills. If you can build that into the rental costs, and find people who are willing to pay a little more for their peace of mind, you have found your golden roommates.

WHERE SHOULD WE SEND
The Trick to Finding ‘Golden’ Roommates?