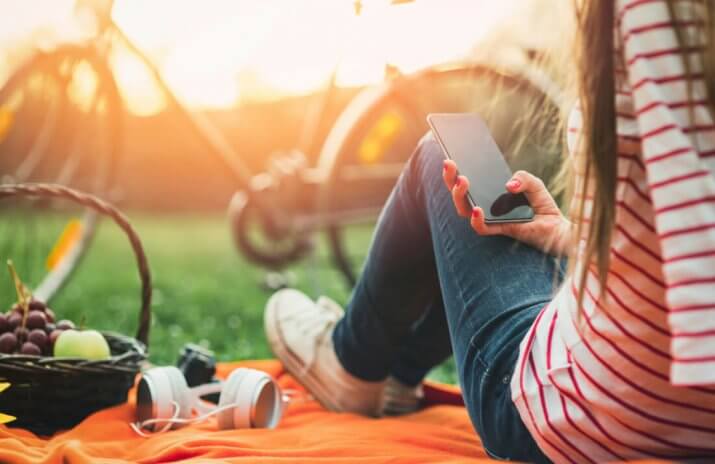 There it was: the sleek, shiny new iPhone 6 on display at the Sprint store. I had picked out the color and model well ahead of time, and its smooth, metallic surface felt right in the palm of my hands. 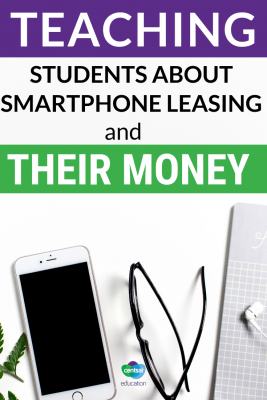 The memory on my old phone was at capacity, and I had grown tired of deleting photos and music off my phone like it was 2012. And last spring, after waiting a good half a year or so – after the iPhone 6 was first released – I was ready to make my move.

I didn’t know if I wanted an older (and definitely cheaper) model of the iPhone, or the latest brand, which I had fondled briefly, and which cost roughly $800. I could even jump off the Apple wagon and opt for an Android, instead. But I really, really wanted the new iPhone.

Then I discovered what a reasonable compromise seemed at the time: my brother had an unfortunate accident with his phone, and after failed attempts at resuscitating it, opted to lease an iPhone 6. He told me the lease was a mere $25 a month.

So I could either pony up the 800 clams for a brand-new smartphone, or opt into a lease. It would cost $20 a month for two years. At the end of two-year lease term, I had the choice of either getting a phone upgrade or paying the difference on the phone, which would have amounted to roughly $200.

I knew it was Sprint’s version of a contract, and I knew I’d be better off not leasing, but I really wanted a new iPhone 6.

And paying $800 out of pocket seemed quite steep. So I was sold on leasing. I had a nagging feeling that it was something I would later regret, and I was right.

Fast-forward to one year later, and I am itching to jump ship and try out a shinier, more exciting smartphone plan: the Google’s Project Fi. With Project Fi, you only pay a $20 flat fee, plus $10 per gig of data. The awesome part is that Google will refund you the difference on any data that goes unused at the end of each billing cycle.

The one major caveat was that only certain models of the Google Nexus phone were available with the plan.  But after hearing my gadget geek friends raving about Project Fi and hearing that Google was offering a generous rebate on one of their older models, I wanted out from Sprint. Unfortunately, in order to leave my plan, I would have to pay a painful $200 early termination fee. Ouch.

I know that paying for the new phone, an insurance plan, and the hefty termination fee would put a dent in my pocketbook.

But if I get out, I will have many more options. So at the moment, I’m currently in limbo. There’s a good chance I’ll stick to my current smartphone plan, but not without a bit of remorse for having leased.

For me personally, one thing is for sure: next time, I’ll be ponying up the full cost of the phone up front.

If you’re considering leasing, here are some pointers to make the best choice for you:

Consider All Your Options.

You aren’t just limited to just two or three choices. You can check out online marketplaces such as Swappa or Glyde to shop for used cell phone. You’ll also need to look at all the costs involved, such as insurance. On my phone, I purchased a two-year warranty for $80 through SquareTrade . Thankfully, I have yet to use it (knock on wood).

I think my unwillingness to go for something other than the latest model was to my detriment.

I also refused to opt into a two-year contract at the time, in which the carrier would provide a subsidy so you can get a free phone or a significant discount. And while it turns out that quite a few smartphone owners lease their phones, jumping on the bandwagon has its consequences. Of course, it’s a matter of priorities and preference, but take the time to see what’s out there. If you can get it for a lower cost without any strings attached, those are big bonus points.

Plan For the Year Ahead.

Are there any other big-ticket items you’d rather spend your money on? Can you wait a little longer before getting a new phone? Or try to find a less-expensive cell phone plan? Think about where your purchase plays into your goals for the near future.

While it doesn’t make for the most exhilarating read, it’s best to know what’s in there. While I did know the general terms of my lease, I didn’t bother to check what the penalties were if I ended my term early. I know, shame on me. Ask as many questions as you need to when talking to a sales rep so you don’t put yourself in a bind.

WHERE SHOULD WE SEND
My Smartphone Lease Cost Me Big Time?