What Grade Does Your Degree Deserve? | CentSai Education 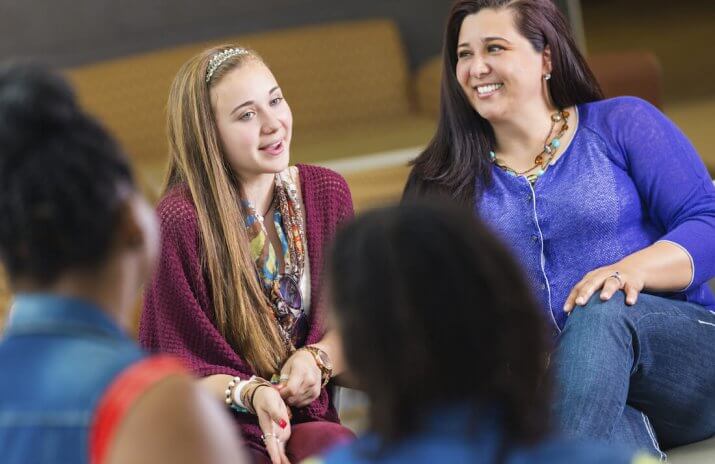 Getting a Degree or a Job: Which Makes You More Money?

Help your students understand that they may not always use their degree in their daily job. They may want to weigh the pros and cons of getting a graduate degree and determine if they really need one to obtain the level of success they desire. 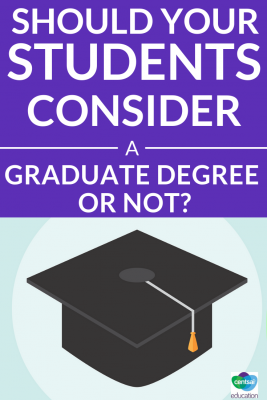 I went to business school out of inertia. Because it’s what you do when you have a bachelor’s degree. In economics. Because it was the least I could do for my parents, who were already disappointed enough that I didn’t become a lawyer or a doctor. Because I never challenged the common wisdom that if you study more, you earn more.

And why should I have said no since attending business school was free? I found a company to sponsor my $10,000 yearly tuition, and to pay me $1,300 a month in exchange for three days of work per week. It was a smooth transition into the real world.

Thirteen years out, I have worked in my field and been hired as a direct result of having my degree for a grand total of one year. I helped a company develop new lines of business.

Since then, I have used the good financial sense I already had to write on finance and to launch personal ventures. Today, I am a guesthouse owner, a real estate investor, and an owner of three blogs, but none of that requires the five years of education that I went through. I haven’t used what I learned in microeconomics or statistics since I left school.

The Reality of It All

I have heard college being described as a banana boat. When the bananas are loaded, they’re green, and by the time they get to their destination, they are yellow and ready to eat. But do you really want to pay five or six figures to be gently encouraged into adulthood?

The cost of your degree is not only the tuition. It is all the years of your life you are studying, not earning a real income, weighed against the additional (albeit potential) earnings that could come as a consequence of your added education.

My school, Skema Business School in Paris, claimed (and still does) that its graduates earn, on average, a $56,000 starting salary. Right after getting my bachelor’s degree, I could easily have earned $30,000. And it wouldn’t have been too hard to get $35,000 the following year, and $40,000 a couple of years later.

In this school, a normal student outside the internship program would pay $20,000 in tuition for two years, and work two six-month internships for $500 per month, reducing the cost to $14,000. The student who worked for two years instead made $65,000. (The cost of a business degree can vary widely from country to country; in the United States, it could cost way more than what I paid.)

Sure, if you are an MBA on the fast-track to earning six figures within the next three years, the time and money investment might be worth it. That may not always be the case. Most of my peers have a pretty average career — many launched their businesses, and a few are even staying home with the kids.

The problem is that many career paths are affected by the degree someone chooses at age 18. Your parents might frown upon you entering the workforce right away. But if you talk to the adults around you, many don’t use their degree, unless they are required to have one — like doctors or lawyers.

Other degrees will prepare you for adult life in general, and allow you to work a wider variety of jobs than you thought possible when you enrolled.

Most jobs I worked were thanks to my soft skills. I speak several languages, and I worked as a hotel manager and a language teacher. I even became an IT consultant — my boss considered learning IT programming to be just like learning another language, and it would be easier to have multilingual staff visiting his clients than real programmers unable to train people in their language.

When I started my blog, the quick web design class we had in business school was obsolete. I learned as I needed to since I was highly motivated.

In the end, I’ve found that if you know what your dream job is, instead of going to college for five years and then maybe getting it, you might be better off starting a few steps down the corporate ladder and working your way up to exactly where you want to be. Taking time to pursue different professional interests, and see which click with your abilities (be they soft or hard skills) can be a more cost-effective option toward attaining a fulfilling (and potentially equally lucrative) career.

WHERE SHOULD WE SEND
Getting a Degree or a Job: Which Makes You More Money??