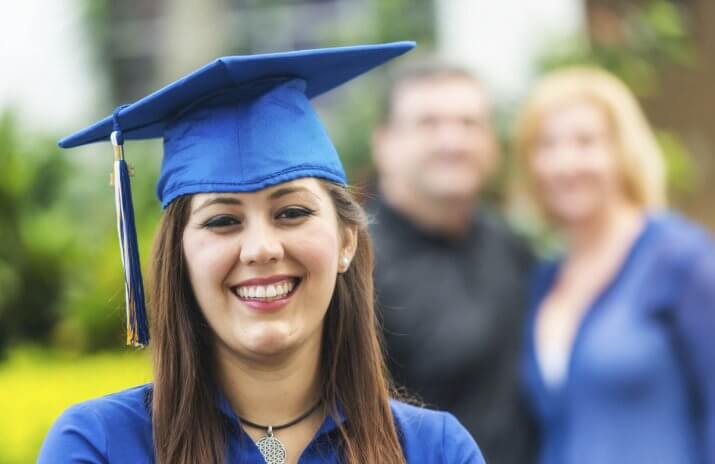 College education was always treated as an expectation in my family. 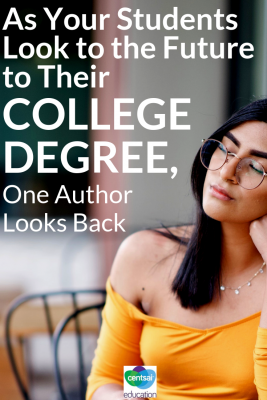 Don’t get me wrong — I don’t resent that at all. In fact, I feel quite fortunate to belong to a family that values education so highly. As both my dad and grandpa have been known to tell me, “Your education is the one thing that nobody can ever take away from you!”

And for the most part, I agree.

Needless to say, off to college I went. I received my Bachelor of Arts in communication from a state school (and my dad’s alma mater, no less). I worked hard and finished my degree in three and half years in an attempt to keep my student loans to a minimum.

Honestly, I had always been good in school. I was a committed student, and it all became like second-nature to me. In middle school, I worked hard to achieve good grades, because I was told they set the tone for the rest of my academic future.

But when I finally walked through those high school doors on the first day of my freshman year, it became evident that nobody really cared how much I had excelled previously.

However, I kept my nose in the books and continued to bust my tail in high school—because I knew I would need those high marks in order to to be accepted to a good college. That was true to some degree.

But, again, once I had my foot in the door at my school of choice, nobody ever inquired about my high school education again.

At this point, I had established a habit. So, I continued my pattern and succeeded in college. Now that I’m out in the working world, does it matter what a good student I was?

Honestly, I’m beginning to feel like I’m the only one who even cares the slightest bit about my educational background.

Granted, I work in an industry where my education isn’t necessarily a qualification. I hardly (if ever!) need to send a traditional resume in for consideration. As a freelance writer, all of the work I receive is based solely on my previous published samples and my professional reputation.

But, I can’t help but wonder how much education comes into play even in more “traditional” career paths. Sure, I won’t argue that a degree is not an absolute necessity if you’re a brain surgeon. Patients will be a bit more at ease knowing that the doctor did finish his M.D. before being prepped for surgery.

But, what if you have a career in sales? Or customer/client service? Or information technology?

Is there ever a point when employers completely glaze over the education section of your resume, in favor of placing more emphasis on your past career experiences, your special skills, and your references?

Maybe. And, that point is likely different for every career path—and it probably even varies from employer to employer. I can’t help but to often worry that I’m now stuck paying for an education that actually has very little bearing on my professional life.

Why did I sink all of these dollars into a degree when nobody ever asks about it? Was it even worth it?

In the end, I think it was. Yes, despite my frequent bouts with self-doubt, I truly am glad that I followed my parents’ advice and got my degree. College was an incredibly valuable experience for me in terms of the skills I learned and the people I met.

And, moreover, I would’ve had a much tougher time deciding what I wanted to actually pursue as a profession had it not been for the many, many things I learned throughout my college career.

Today, I don’t work in an industry where I get to gloat about my educational history and those impressive bullet points on my resume. But, does that mean my college education was completely worthless?

Definitely not. It still has value to me—even if it doesn’t mean much to the people who employ me. We’ll just chalk it up as another instance when dear old mom and dad were right—just don’t tell them I said that.

WHERE SHOULD WE SEND
Was My College Education Really Worth It??