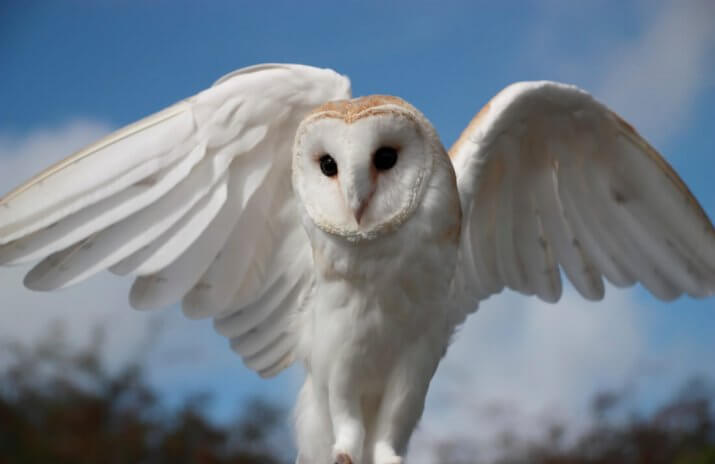 Many of your students are fans of Harry Potter — you may be as well! There are so many money lessons to be learned throughout the series, and it’s a fun way to help your students think about finances. 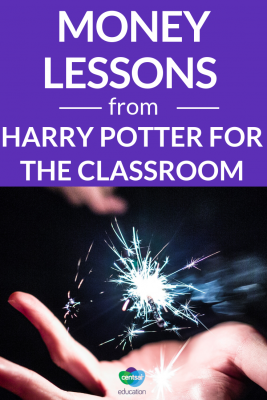 I grew up with “Harry Potter.” I stayed up all night reading after each book was released, engaged in a nonstop debate with my brothers about which house the Sorting Hat would direct us to, and nearly cried when I didn’t get a Hogwarts letter on my eleventh birthday. (Let’s be real: I sobbed.)

I recently reread the series, and I noticed something that I had missed when I was younger. The Harry Potter series taught me about friendship, courage, and Quidditch as a kid. But as an adult, I found the books to be chock-full of financial wisdom. Here are some of the takeaways:

The Malfoy’s have seemingly endless wealth, but they are bitter, cruel, and very unhappy. On the other hand, the Weasleys are one of the poorest magical families in the series and undeniably the happiest. Money really isn’t everything.

Don’t put all your eggs in one basket

When Voldemort splits his soul seven ways and hides the pieces all over Britain, he isn’t just performing dark magic — he’s also applying a smart financial strategy! Pouring all your wealth into one investment puts you at greater risk than dividing it up. That way, if you lose one asset (or Horcrux) you won’t be devastated.

The goblins that work at Gringotts Bank consider some purchases to be rentals. A goblin-made object is the property of the wizard who purchases it, but should be returned to the goblin that made it after the original buyer dies. Wizards have a different perspective — the Weasleys have passed down a goblin-made tiara for generations. When renting or buying, make sure that both parties understand the terms of the transaction, or you could end up in a sticky situation.

Only do business with people you trust

When Fred and George Weasley look for start-up funding for their joke shop, they bet all their savings on the outcome of the Quidditch World Cup. Though they won the bet, Ludo Bagman (the man on the other end of the deal) refused to give them their winnings or even pay them back. Lesson learned: Never make a deal with somebody you don’t trust.

Leave an inheritance to your children

Lily and James Potter were killed when Harry was an infant. Though they weren’t around to raise Harry themselves, they left a small fortune that allowed Harry to get a great education and enjoy a fairly normal adolescence (for a wizard). Planning for the worst turned out to be for the best.

Fred and George Weasley turn their love of mischief into a highly successful business in just a few years. They stick to their areas of expertise (jokes and mayhem) and a familiar audience (Hogwarts students), and they create a veritable empire. After securing start-up funding from Harry, the twins spend their last year at Hogwarts perfecting their most popular products and building a fan base. Even though they’re short on time and money, the Weasley twins hustle their way to a business success.

Some rewards aren’t worth the risk

Hogwarts, Durmstrang, and Beauxbatons students submit their names to compete for the Triwizard Cup and its thousand-galleon prize, even though past competitors have died during the tournament. Mundungus Fletcher makes shady business deals and steals for a living, and he ends up in Azkaban prison for it. Sometimes, the risk isn’t worth the reward — working hard and being honest are safer bets.

To Draco Malfoy, money means influence — it’s how he bribes his way onto the Slytherin Quidditch team. Harry, who discovered his small fortune after years of eating scraps and wearing hand-me-downs, doesn’t judge people by how much gold they have. Ron, who never had access to money, can be touchy and resentful when the topic comes up. When finances and friends mix, consider others’ feelings as well as your own.

Keep your money in a safe place

For the wizarding world, this means Gringotts Bank, which Hagrid sums up in a phrase: “Yeh’d be mad ter try an’ rob it.” For all us muggles, a similarly reputable bank is an acceptable substitute.

Live within your means, especially if you have kids

The Weasley family is big — seven-kids big. Magically-enlarged-house big. Too-many-people-to-fit-in-the-magically-enlarged-kitchen big. Though they rarely have the cash for extravagant gifts or vacations, all the Weasley children get a world-class education at Hogwarts, and they’re one of the happiest families around. By sporting hand-me-downs, skipping extravagant purchases, and DIY-ing Christmas gifts and wedding decorations, they manage to stretch Mr. Weasley’s small government salary to care for the whole family.

Use windfalls, bonuses, and inheritances responsibly

When Harry learns that he inherited a small fortune, he doesn’t go spending it all at once. Even when he is tempted to blow it all on a Firebolt broomstick, he stops himself. Instead, he saves his money for necessities like cauldrons and apparition lessons. Don’t squander an inheritance, end-of-year bonus, or surprise windfall — if a 13-year-old wizard can control his spending, so can you.

WHERE SHOULD WE SEND
How To Get Your Money Wizardry On With Harry Potter?