There’s Money for Girls Who Play Sports in High School

I’m going to deliver a hypothesis that might be a little bit controversial, but that I am willing to argue with anyone, anytime: I think every girl should try at least one sport in high school. I don’t care if it’s lacrosse, water polo, or rifle club. All women should play sports (whether team or individual) during their formative teenage years – and it’s not just so that they can reap the many psychological benefits that women gain from playing sports. 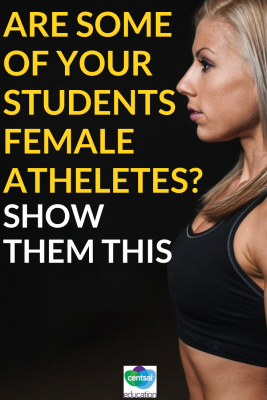 Beyond all of the psychological and health benefits that women reap from playing sports (even if they’re not that good at them), there’s another huge reason for every girl to try playing a sport.

Title IX is a law that was passed in 1972, requiring schools to provide equal opportunities for women in sports as for men. The result of Title IX was immediate, and has only grown in the years since. Division I schools are now required to spend as much on their women’s programs as they do on their men’s programs, and that means one big thing for high school girls everywhere: scholarship opportunities.

Now, don’t get me wrong – if you’re not athletic, you probably won’t get a huge scholarship. Around two percent of high school athletes end up playing sports on a scholarship in college. But with that said, there are certain sports that are spilling over with scholarship opportunities, and in these areas, the odds are stacked more in your favor.

Rowing, tennis, and golf are all sports with extensive scholarship opportunities for women at Division I colleges.

The average athletic scholarship for a female Division I fathlete is $15,000 a year. The NCAA gave out over $11 billion dollars in financial aid and scholarship opportunities in the 2014 – 2015 calendar year. Are you convinced yet?

By the way, most of the top-ranked schools in the country are Division I sports schools. The Ivy League schools, as well as Stanford, University of California at Berkeley, University of Virginia, and University of Texas at Austin are just a few of the Division I schools. So not only are you potentially avoiding tens of thousands of dollars in loans and debt, but you are potentially doing that while getting the highest caliber education possible.

The best time to start working toward a sports scholarship is in your sophomore year of high school, but whatever year you’re in, it’s worth trying a sport as soon as possible. At worst, you’ll leave after one season with a few sore muscles. At the best, you’ll keep going and get a less expensive education and an amazing experience as a collegiate athlete in the process. On average, you’ll gain confidence, a better self-image, and a few new friends. It’s a win-win situation.

Of course, sports aren’t the only way to pay for college. There are also merit-based scholarships, financial aid packages, grants, and other ways to discount your college education. But still – sports provide one of the more substantial scholarship industries in existence. You might not be an athlete, but you will never know if you don’t try.

WHERE SHOULD WE SEND
There’s Money for Girls Who Play Sports in High School?