Halfway through college, I grew restless. Extremely restless. I strongly considered dropping out. Why? Because I felt like I was merely proving to professors that I knew what I was doing. I didn’t feel like I was actually learning that much new material. 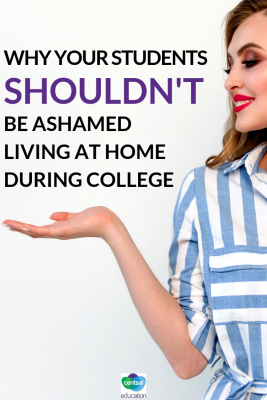 And when I did learn new things, I was smart enough to know that I could have learned it on my own through reading, rather than by spending several hours each week in a classroom with kids who ask the most time-wasting questions imaginable.

Please, Timmy, ask your 101 questions to the professor after class. No one else cares that you’ll be gone on Monday.

Time and frustration were my greatest reasons to call it quits. That, and it was expensive. And I didn’t know what I wanted to do after school.

It was a confusing time because I didn’t like college, but I didn’t know what to do instead.

In this struggle, I thought it might be wise to transfer schools. I’d learned a thing or two since I had applied to my current college, back when I was in high school. I knew of another school that would offer me more in scholarships, and also would require fewer credit hours to graduate.

My current college wanted a crazy number of hours – 145, I think, while many other universities require around 110 hours. A 30-credit difference would theoretically mean another year of school. Not cool. What really pushed me over the edge was my girlfriend at the time telling me that she didn’t think I would take the risk and transfer.

So I transferred. And it just so happened that the school was within 30 minutes of my parents. Since I transferred just before my spring semester began (quite a delicate dance), there weren’t many room options. The only dorm that had space was what a real estate agent would call a tear-down.

Built in the 1960s and not refurbished since… no thanks. I think most millennials would agree that it would be better to live at home for a time than live in a dump. After living in the dump for a few weeks, I packed my bags for home.

This meant I was usually on campus from 6:30 a.m. until about 10 p.m. The commute home was a tad annoying, but actually living at home didn’t even feel like I was living at home. I was even working or studying on campus on the weekends.

The only time when it felt uncomfortable was when people asked where I lived.

Obviously, I don’t mind telling you now. But at the time it felt depressing to say that I lived at home with my parents.

But when you think about things logically, there’s no reason to be embarrassed.

For starters, you’re saving oodles of money. That money can go towards a new car, tuition payments, a few trips to Europe – whatever tickles your fancy. You can even be an awesome child and buy your parents a big present with the money you saved, and still have lots of cash for yourself.

Also, if your parents are helping you pay for college, they probably love the idea of you staying at home. It essentially saves them money, as well. A win for the entire family.

When you graduate college, the world opens up to you. You and your degree can go anywhere – and you just might. This means you need to cherish the time that you’re able to spend with your parents. You’ll have fewer opportunities to be with them as both you and they grow older. You are already spending 12 hours or more on campus each day, so why not balance that out with a few hours with the fam?

I give a thumbs-up to anyone I know who lives at home during college. But here are a few things to consider before doing it:

WHERE SHOULD WE SEND
What Is The Dork Factor Of Living At Home While In College??