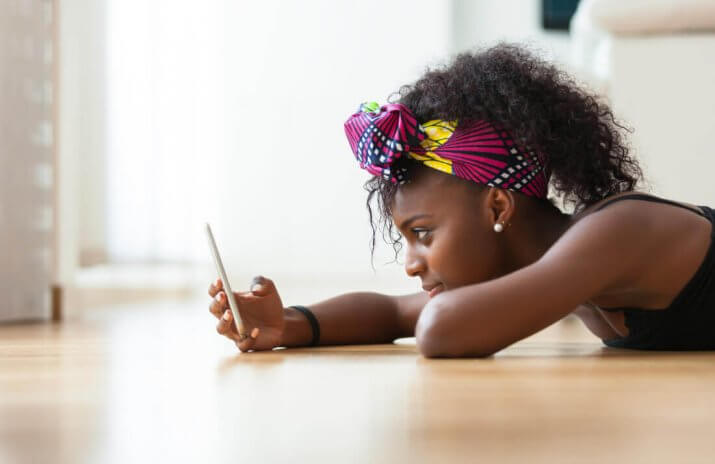 Most students have a cell phone and many are probably on their parents’ plan. For those who are not, trying to figure out how to get the best deal on a phone plan can be stressful. This article takes a look at different options that can help your students save. 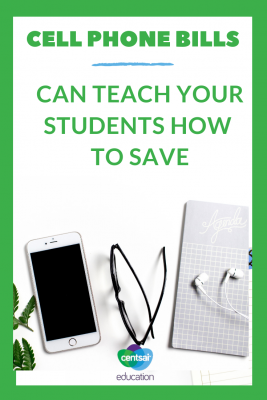 We all know the big four cell phone providers — AT&T, Verizon, T-Mobile, and Sprint. These companies spend billions on marketing each year. Anyone watch the Super Bowl? T-Mobile ran three minutes of commercials, totaling $30 million in ad money. That’s a drop in the bucket for a big wireless company. They’re all vying for our business, so playing them against one another — or even going with a smaller provider — could save you a hefty chunk of change each month. That, in turn, will snowball into even greater savings over the course of the year.

1. Know What You Care About Most

Nowadays, most plans come with unlimited text and calling. Who remembers the good old days when you got charged 10 cents per character if you went over your text limit? And don’t you dare go over your minutes.

Today, it’s all in the data. As we are glued to our phones with apps like Instagram, Facebook, and Snapchat, we have to be cautious of going over.

If this is a high priority for you, then try to get a plan with a lot of — maybe even unlimited — data so that you won’t have to worry. However, if you have Wi-Fi at home, work, and school, and you download your music and podcasts to your phone’s memory, then you can probably save some money on that data plan. Plans like those from Republic Wireless could cost as little as $20 a month if you stick to just one gig of data (approximately 240 songs). You know yourself. Look at your past monthly bills to review your typical usage, and get a plan that will reflect this in the most economical way possible. It’s all about balance.

2. Take Advantage of a Family Plan

As someone who’s on a plan all by myself, I am very envious of my friends who are still on their family plan. Even if their parents make them pay for a portion of the bill, it’s far cheaper than being a loner. I purchased a T-Mobile One plan, and I pay $70 per month plus taxes. However, if I wanted to go on a plan with my mom, dad, and sister, it would be $160 for all of us combined — including unlimited data. That’s $40 per person!

It’s like Costco. Wireless companies will give you savings when you buy in bulk. The catch? Being on a family plan makes it harder for you to switch, since you inconvenience everyone else in the family. As an individual plan-holder, I’m playing the wireless dating game. Just ask AT&T. I left them six months ago, and I ditched Verizon a year before that. Staying with family will cost less, but make it harder to leave. These plans can also apply to a group of friends. Proceed with caution.

When I wanted the new iPhone back in 2015, I shopped around. I knew a friend who worked for Verizon, and though I couldn’t use his discount, he said he’d look to see if my company offered our employees discounts. It did!

Now, I worked for a fairly large company at the time, and we used Verizon phones for work. The discount was around 18 percent. Not bad. I even went over to AT&T, and my company had the same deal with them. This small discount could save you hundreds over the course of a year of cell phone bills.

Use the competition to your advantage. There are deals where one company will pay off a portion of your bill at a competitor if you switch over. Watch out for hidden fees or confusing language, though. Some deals may be too good to be true.

4. Don’t Be Afraid to Go Off-Brand

Going away from the big four could save you hundreds each year. Most of the smaller brands are owned by the larger companies, anyway, so their capabilities are almost the same. T-Mobile owns MetroPCS, for example. Cricket Wireless is on the AT&T network. Virgin Mobile is under Sprint. You get the point. Discounts of $20 to $30 a month for the same amount of data adds up to big savings over the course of a year.

Of course, read reviews online. It’s no use saving money if you’re continually frustrated by dropped calls, snail-like data speeds, and a lack of coverage. While saving money is important, it isn’t everything. Reliability should take priority.

Just because you’ve found a great phone plan, you don’t need to stay with the same company year after year. Every time your contract is up for renewal, take a look at the deals available to you. There are many times that your company will match a competitor’s price if you just ask. If they won’t, then you can move to the company that has the best prices and service. Always be willing to look for the best deal!

WHERE SHOULD WE SEND
5 Steps to Make Those Cell Phone Bytes Less Painful?