Why You Should Try Only Buying in Cash - Centsai Education 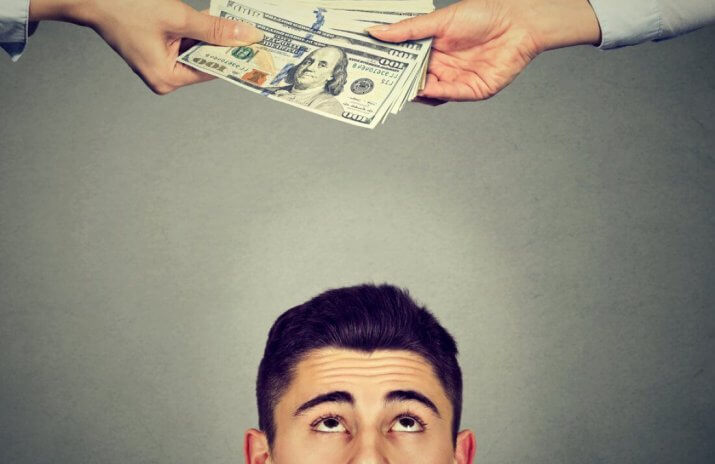 Why You Should Try Only Buying in Cash

Challenge your students to use only cash for one week and see how much money they save! The cash-only method is a great way to teach budgeting and really get your students to think about their money and to be purposeful with it. 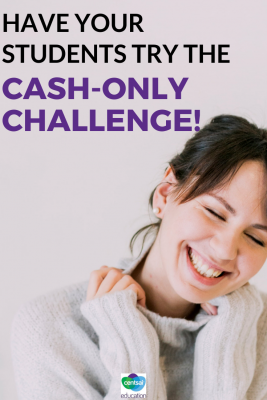 It seems like there’s a new app, software, or strategy launched every day to help you save. And they are becoming more and more complex. Some of these strategies might be effective, but they usually require downloads, financial commitment, or disclosing information like your bank account number to some anonymous source.

There’s a better way to save your money, and a much simpler way to become totally in control of your finances. Spoiler alert: It’s the old-fashioned way. Although this may come as a shock to some tech-savvy millennials my age, I haven’t been able to find a single app out there that beats the original, old-school budgeting strategy: Ditch the credit cards and exclusively use cash.

When I say exclusively, I mean it. You withdraw cash and use it for all of your expenses, then withdraw more when you run out. On average, I’ve been spending about $300 less per month without actively changing any of my habits.

The two main reasons people don’t like using cash are that first, it can be mentally stressful to decide what amount to withdraw from your savings; and second, that it also can be hypothetically risky to walk around with your cash and run the risk of it being stolen or of dropping it. The latter of those issues is (in my opinion) a non-issue: Don’t run around with cash in your hands, and odds are you won’t lose it. At the very least, be mindful of where you store your cash.

But the mental hurdle of having to come up with a budget and stare that number in the face is definitely daunting. I didn’t want to do that, either, so I tried a slightly different strategy: Instead of writing down all my expenses and forming a number from what I should be spending, I decided to withdraw just $200 at a time. No connection to an assigned budget whatsoever. I realized that I didn’t necessarily need a concrete budget because using cash already made me want to spend less.

I was much more conscious about my purchases, so the $200 lasted me about four days longer than I originally thought it would.

It might seem counterintuitive to use cash at all when you have a card handy and some budgeting app to monitor the card. But when you’re about to make a big purchase on something you might not necessarily need, what’s more likely to make you reconsider this decision — swiping your card or handing over some of the cash that you’ve withdrawn for the week?

For me, it’s the latter. And even more so, it’s the small purchases that will have an even greater impact. You might not even think twice about getting the large popcorn at the movie theater for an extra $4 if you use a card, but you might consider getting the medium when you’re thinking about how to best use that $20 in your pocket. Those little decisions add up very quickly. Coffeenomics!

What’s the Real Cost of a Latte Fix?

For example, when I have a credit card, I almost always buy a larger-size coffee than I do if I have cash. That dollar or two makes a difference to me when I’m handing over bills, but doesn’t feel like a big deal if I swipe. And then, if I get the smaller coffee five days in a row with cash, I’m essentially saving enough money to get two “free” coffees at the end of the week that I wouldn’t have had if I used my card.

Withdrawing cash can be scary. It forces you to stare your money head-on, while using a credit card can be more comforting. But that’s exactly why I’m only using cash from now on. I’ve already saved just under $1,000, and I’m positive that I can save even more in the future!

WHERE SHOULD WE SEND
Why You Should Try Only Buying in Cash?