Case Study: How Does the U.S. National Debt Affect Me? - CentSai 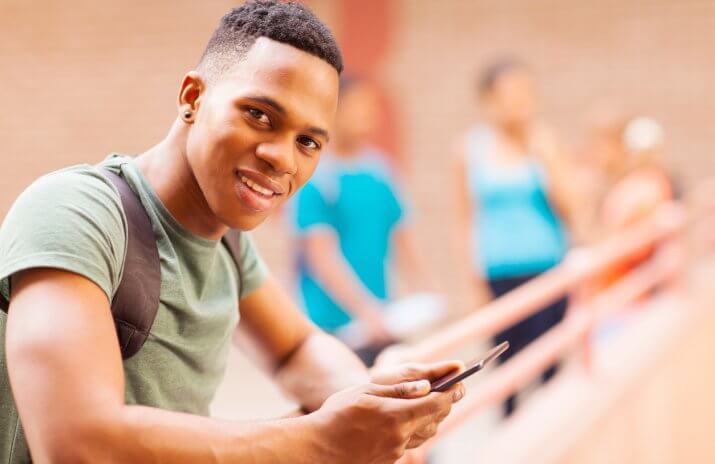 How Does the U.S. National Debt Affect Me? 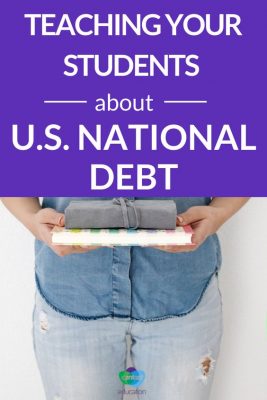 Sofia, Geraldo, Tariq, and Rebecca are excited about their new classes for this semester. They are all in Professor Delano Walters’s economics class. “Sharp,” as his students affectionately call him, is considered to be one of the most engaging professors on campus.

In preparing for the next class, Sharp directed all students to check out the national debt clock and watch it to see how long it takes for the United States to increase its debt by $1 million.

In the next class, the students all gave a similar amount of time. They also mentioned that they thought the national debt clock was “cool.”

Sharp then asked them whether or not they thought the rising U.S. national debt concerned them individually. He told them that it is similar to the annual federal budget deficit, which occurs when the federal government spends more than it takes in through taxes and other sources of revenue.

He also reminded them that when there is a budget deficit, the federal government needs to borrow money in order to meet its obligations.

This includes providing services such as education, environmental protection, homeland security, veteran’s benefits, consumer financial protection, and more. In this situation, the government often turns to selling U.S. Treasury securities such as bonds, bills, and note.

The U.S. government is currently funding about 15 percent of its annual budget spending with debt. Since it must commit to making these interest payments, it has less money available to pay other significant government expenditures, such as the services mentioned above.

About $500 billion goes towards interest on the U.S. national debt each year as part of the annual federal government budget. That money indirectly reduces individuals’ disposable income. How so? The interest payments on the debt are generated through taxes paid by both individual and corporate taxpayers. 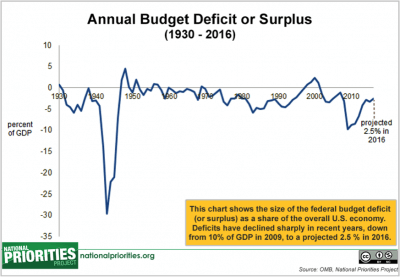 Sharp provided his students with a worksheet with a table from 1969 to 2018 (estimated) showing the annual deficits. He started with 1969, since that was last year of an annual budget surplus (in red) before a continuous period of annual deficits. Surpluses wouldn’t appear again until the late 1990s.

The students were asked what accounted for the increase in deficits during the ’80s, the eventual surpluses in the late ’90s, and the sharp rise in the deficit in 2009.

Please complete the national debt column in the table. Several years have already been filled out. Your amount may vary somewhat due to the different times of year when the federal government calculated the U.S. national debt. (The month for determining the debt changes due to the changing fiscal (budget) year.)

The debt-GDP (gross domestic product) ratio is included here to provide some context for why some people say that the growing debt is an issue. The current U.S. debt-GDP ratio is the 12th highest in the world. A low ratio is typically an indication that a country is in a better position to pay off its outstanding debt. A high ratio may indicate that there is some need for concern. Some consider the increasing U.S. national debt a national security issue due to the risk of the federal government defaulting on its debt service (interest) as its obligation increases.

Sharp displayed more graphs in order to enhance the students’ understanding of the U.S. national debt, including one that shows the federal debt per person (see the graph below). If we don’t address the rising national debt, it will adversely affect the economy. That said, most Americans are okay with the issuing of debt to pay for those items in the federal budget that generate economic stability and promote economic growth. 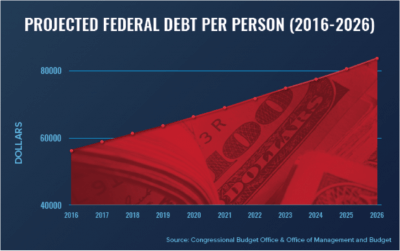 Sharp provided his students with a list of ways that the expanding U.S. national debt affects individual citizens:

Keep in mind that the population isn’t increasing at the same pace as the national debt. So as the U.S. national debt increases overall, the debt per capita also tends to grow. This places upward pressure on the yield for government securities (bills, notes, and bonds sold by the government in order to pay for government services). As such, more of the government’s revenue (taxes) will be paid toward interest (an expenditure) as a part of the annual federal budget. 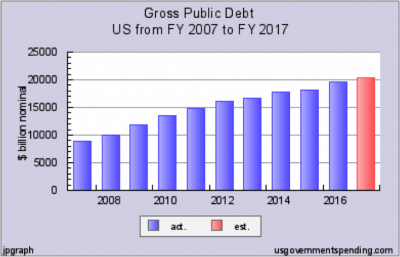 The continual increase of expenditures on debt-related interest shifts expenditures away from those items that help the economy grow. This indirectly leads to a lower standard of living for most taxpayers.

When the private sector pays higher interest rates, companies end up charging higher prices for their goods and services. And when consumers pay more for goods and services, it results in reduced buying power and lower consumption.

When consumers have to pay higher interest rates, the value of their homes may fall – or at least not rise as much as they normally would. If home values fall, homeowners’ net worth will fall, as well.

Federal student aid could also be cut due to rising national debt.

Some Americans push back when growing national debt is used to sustain non-discretionary items in the federal budget, such as Social Security, Medicare, and Medicaid. These are generally referred to as entitlements.

1. Which countries currently hold the greatest amount of U.S. debt?

2. Discuss how the U.S. has paid for the wars in Iraq and Afghanistan.

4. Let’s say that you’re a 20-something-year-old college student. Your campus is three hours away from your hometown. Every time you return home – about three times per semester – you notice that there’s some delay in traffic due to the deteriorating interstate highway or bridge. To what extent should the federal government use tax dollars to repair the roads?

5. Several years ago, there was a lot of discussion about a balanced budget amendment. The amendment would require that the president submit a budget in which expenditures don’t exceed revenues, and that Congress approve it. To what extent would this be a good course of action to take?

6. To reduce the national debt, there must be consensus about raising taxes (revenue), reducing spending, or both simultaneously. If taxes increase, your net pay will decline, leaving you with less disposable income. Are you more of a fiscal conservative (the federal government should spend less) or a fiscal liberal (the federal government should spend more)? Identify the federal budget items that you would spend more or less on. Explain why.

Questions
1. What is the national debt clock?
2. What is the current national debt?
3. What is meant by a budget deficit?
4. What is the difference between state government and federal government?
5. In what ways can the government raise funds to pay its bills?
6. List 10 things that the U.S. government spends money on.
7. What does the term disposable income mean?
8. How might interest rates reduce the disposable income that businesses and people have
available to them?
9. Using examples, explain what standard of living means?
10. Using examples, explain the difference between the public sector and private sector.
11. When interest rates are increased, explain how businesses and consumers are affected.
12. When interest rates rise, how might net worth be affected?
13. Using any sources available, research and explain with examples the difference between mandatory and discretionary spending.
14. Use at least 10 of the key words listed below the article to write a paragraph starting
with “As Joe was watching TV the other day, the reporter kept mentioning the
government budget deficit.”

WHERE SHOULD WE SEND
How Does the U.S. National Debt Affect Me??