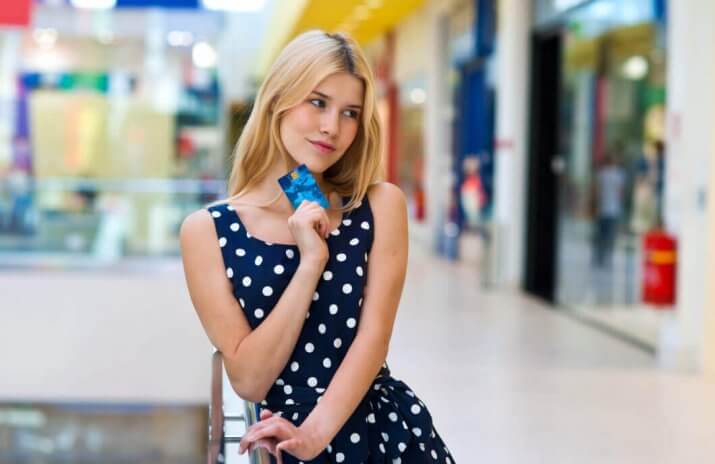 Mayra is 18, and it’s her first semester of college. She recently received her first credit card and is considering making her first purchase with it. Chris Brown is going to be in concert at the music center in a city 20 miles away from campus. Several of her dorm-mates are planning to attend. They also want to go out to dinner before the concert. On top of that, they’re planning to go shopping for new clothes and shoes to wear to the concert. After all, they want to make a good impression just in case Chris Brown happens to see them from the stage. They also plan to use Uber in order to get to and from the concert.

Should Mayra use her card for all of the night’s events? After all, how often does Chris Brown do a concert in their state?

Adele has been on her job as a cashier at a major discount clothing store for nearly a year. She typically works about 25 hours each week, and she recently received a raise to $11.00 per hour. She shares an apartment with two roommates. One of them, Adria, has just returned to work at a new job after being laid off for nearly six months. Adele and the other roommate, Ada – who’s had a job as a bank teller for the past two years – have had to make up the difference several times when the rent was due because Adria’s unemployment checks were very small and Adria likes ordering out for dinner. Adria asked Adele to make a loan to her for $500 so that she can buy some new clothes, since everyone at her new job dresses so well that it make her feel out-of-place around them.

That said, Adele only has $1,000 in savings. Should she loan Adria the money?

Ravi and Adonis have been friends since they met in preschool and are now both in their third year in college. Both guys have part-time jobs. They also share an off-campus apartment. Mikal works in the campus library, while Adonis works as an office-aid-slash-receptionist in the anthropology department. Both guys seemed to have adjusted to college well and have kept up with demands of their courses. They both have credit cards, but rarely use them.

Next month is the Spring Fling, a major event at their college – particularly for third year students. Along with the related college-sponsored events, many of the students also host events at their off-campus apartments. Ravi and Adonis agreed to host such an event in their apartment, and they decided to hire a DJ and provide plenty of food and other refreshments. They estimate the expenses to total about $300 to $400, and the landlord has agreed to let them use the yard. They plan to split the expenses and put most of the purchases on their credit cards.

Should they go ahead with the event and use their credit cards for the expenses?

Diamond’s mother has told her that she’s going to stop allowing her to use her credit card because she fails to abide by the monthly limit of $100. Here are some of the charges that Diamond made over the past six months:

Should her mother give her the go-ahead so she can register for each of the tests on the credit card?

Mario, Franco, Elijah, and M.J. decide to host a “day and night party” on Saturday for Game Seven of the NBA Finals in Mario’s uncle’s huge backyard. They’re all 22 years old, except for A.J., who’s still 21. They plan to charge men $5 and admit women for free, as they have learned that the guys won’t come if there aren’t a lot of girls – and the girls need incentives (like free admission) to come.

They also plan to rent a projector to watch the game and use various Snapchat and Instagram images and Twitter messages throughout the event. And for $100, they can get a friend to be the DJ. Mario works part-time at a pizza parlor and M.J works part-time at a chicken restaurant, so they can get deals on pizza and chicken. Elijah and Franco will buy the rest of the refreshments, supplies, and games. They will place all up-front costs on their credit cards and promote the event through Facebook. They don’t know how much this will cost, and they don’t care to make any money. To them, the cost doesn’t matter, so long as they and their guests have a great time.

Should they go ahead and charge the up-front costs on their credit cards?

Fantasia has never owned a credit card. She graduated from college nearly three years ago and has a great job as an analyst in an insurance company. She was able to go through college without any student loans, thanks to scholarships, grants, money from her parents and grandparents, and savings from her part-time gigs and summer jobs. She’s currently living at home with her parents – in an urban area, where she takes public transportation to work.

She does all of her purchases with cash, checks, or a debit card, and isn’t sure that she needs a credit card. Should she get one?

Tariq has three credit cards. The first is a CreditOne card that has an APR (annual percentage rate) of 23 percent; the second is a Premier card has an APR of 16 percent; and the third is a Bank of the World card has an APR of 18 percent, with an annual fee of $25 after the first year. He generally uses the Bank of the World card because it also provides many benefits that the other cards don’t. He especially likes the preferred access to concerts feature that it has (he was made aware of several concerts – including ones by Travis Scott, Drake, Nas, and J. Cole – before anyone else that he knows). He also likes that you can accumulate points for gift cards and pick your own due date to pay your bill.

He’s planning on making a big purchase of $500 soon. Which card should he use?

Lily and Solomon, a young newlywed couple, have been shopping for a new car. Lily earns approximately $50,000 year, and Solomon earns almost $40,000 a year. They agree that a monthly payment of $275 is appropriate for what they can afford, considering their current monthly bills, which include $300 for each of them for student loans; $1,500 for rent; $150 for cable, internet, and a landline phone; $100 for their cell phone service and payment for the phones; $150 for all other utilities; and an average of $1,000 total on their credit cards.

Should they take the deal?

Marissa has recently become friends with Tayla and Karyn, who are both used to getting money from their parents whenever they need it, even though they are both 24, out of college, and working full-time. Marissa – who is also 24, out of college, and working full-time – doesn’t ask her mother for money (though her father has been out of her life for years), and tries to be independent. However, Marissa is finding out that being friends with Tayla and Karyn is costing her money due to the places they like go to and the things they like to do. She also enjoys these things, but secretly wonders how she is going to keep up. She’s been using her credit card to be “in” with her new friends.

To what extent should Marissa continue using her credit card to keep up with them?

Imani is a single mother with three children. The oldest child completed community college a year ago and has just finished a six-month, on-the-job training program at her current job. The second child has just started a four-year college where she has some financial aid (loans, grants, and work-study). The youngest child is a freshman in high school.

Imani drives a used car with 190,000 miles on it, which seems to have needed some repair work every other month for the past year. The children of a 90-year-old widow have decided that their mother no longer needs her car and that she should sell it. The car is two years old, has only 10,000 miles on it, and is in mint condition. The widow is willing to sell it to Imani for $15,000. Imani has excellent credit, has worked at her present job for 15 years, and can get a loan from her credit union for $12,000. She will cover the rest with money from her savings of $3,600.

Should she get the loan and buy the car?

WHERE SHOULD WE SEND
Case Study: You Decide – When is it Appropriate to Obtain Credit??