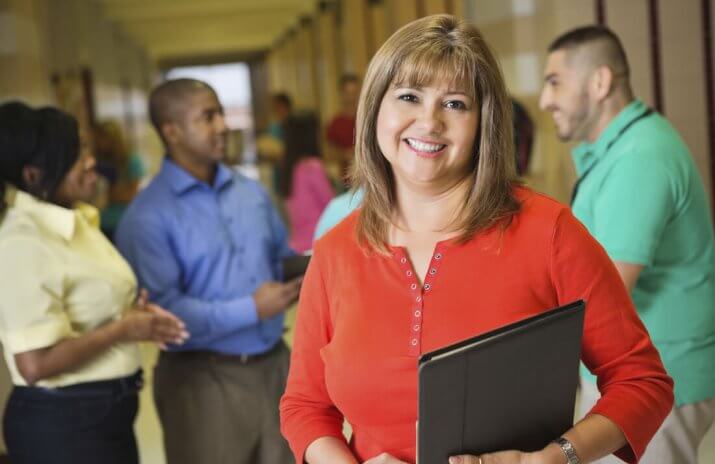 As a personal finance blogger, I have been writing about going to college debt-free since I was 16. I see many young adults out there struggling to make student loan payments, and frankly, I don’t want to be in that boat when I’m older. 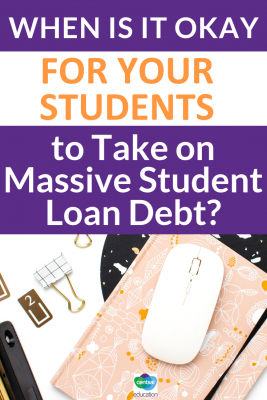 Naturally, I don’t want that for my friends and readers, either. So imagine my surprise when my best friend informed me that she would be taking out more than $70,000 in student loan debt. On purpose.

Now, before you start judging (or hyperventilating, like me) you should know a few things about her. Marianne *(name changed to protect her privacy) is one of the most fabulous people I know. She is living a life of faith, purpose, and joy.

She is wise beyond her years and careful with her money. She works incredibly hard, taking on babysitting, nanny duties, campus jobs, and just about anything else she can do in order to earn as much as she can and cover many of her expenses.

The big catch? Marianne wants to be an occupational therapist. This means that she can’t just do four years of college – she has to get a graduate degree. And that is going to add up quickly. Although her parents are willing to help, they are not in a financial position to cover tuition and everything else that goes along with it.

A person can only work so many hours in a week and do well in school as a full-time student.

Marianne says, “As soon as I came out of my first shadowing experience, I knew what I wanted to do. I want to be a blessing to people and help them live more independent lives. I’ve looked at other careers and I can only picture myself as an occupational therapist.” This left her with a difficult choice.

She could give up her dreams of doing what she’s always wanted, or she could take out student loans in order to reach her goals. She chose to take the loans and go for it.

There are a few strategies she is following now so that she can borrow as little money as possible and reach her goal of paying off her student loans in less than three years after she graduates:

*She lives at home, and will continue to do so, even after she graduates.

*She is working hard now to use every available dollar to pay off her car. It will be paid for before she graduates, so she will only have the student loan payment after graduation.

*A spending freeze is in effect almost all of the time. She spends her money carefully by shopping clearance when she truly needs something.

Marianne recognizes the sacrifices she is making, and that she will have to continue making, in order to pay her loans off so quickly. I thought the biggest thing would be living so frugally, but she doesn’t see it that way.

She explained that she has always had a frugal mindset, and that she just doesn’t care about things like brand-name clothing or having the latest iPhone.

Where she sees herself making the biggest sacrifice is in independent living.

Choosing to live with your parents even after grad school is a sacrifice that some would not be willing to make. Marianne sees it as a worthwhile trade-off for establishing herself in the career she loves.

Her parents are onboard, and they all have a great relationship, so it should work out well.

If all goes as planned, it will take her 27 months (a little over two years) to pay back all her student loans. In the scheme of life, that really isn’t too long. If things don’t go as planned, she already has a “plan B” in place.

If she can’t get a job in her field (unlikely, since occupational therapists are in high demand), she will be able to teach, thanks to her graduate degree. At that point, she would take on a second job just in order to pay the loans off as fast as possible.

Although taking out student loans is not ideal in my opinion, there are times when it is unavoidable. I believe that my friend has the skill and drive needed to reach her career goals – and perhaps more importantly, she has the discipline to follow her plan and get the debt wiped out in less than three years.

WHERE SHOULD WE SEND
My Best Friend Is Willingly Taking On Massive Student Loan Debt?