Have you ever played a freemium game? Freemium games – like Pokémon Go – allow you to play the game 100 percent for free if you’d like. It doesn’t cost any money to download the game, and if you’re smart, you can play the game without paying for any upgrades. 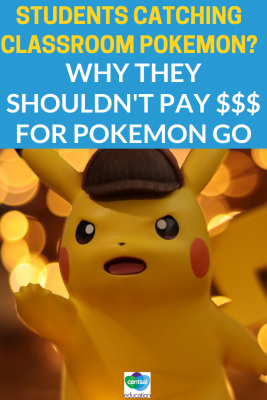 But, if you want to move through the game faster or be a competitive player, you’ll have to pay.

Being a frugal person, I have played my fair share of freemium games, but I have never once paid to play a freemium game. However, it might make sense to pay to play these games when you start considering the following.

You Quit Paying for Traditional Gaming

The business model for gaming has changed, so it might be time for me to re-evaluate my gaming spending, too. Before Facebook games and smart phones, I always paid for my games up-front. I had to pay hundreds of dollars for a gaming system – say, for example, the PlayStation 4 – and $50 to $60 for each game I wanted to play.

The invention of freemium games means I don’t buy gaming systems or traditional video games as often, so I’m spending less money on gaming than ever before.

If I no longer buy video game systems and traditional video games, it probably wouldn’t hurt to spend a few dollars here and there on freemium games.

Pokémon Go requires you to explore the world around you to find not only Pokémon, but PokéStops that give you free items and gyms where you can battle your Pokémon.

If you live in a city, you may be able to walk a block or two to find what you’re looking for in the game. However, it will be much harder to find PokéStops and gyms if you live in a suburb or a more rural area.

You can get more by visiting PokéStops which give out Poké Balls and other free items once every five minutes. PokéStops are often at local landmarks, which means that they probably aren’t near your home.

Instead, you’ll have to venture into town to find PokéStops to get more Poké Balls and other items to continue playing the game. For most people, this means hopping in the car and driving to get free items.

Every mile you drive costs you money, so you may be better off just spending the money in the Pokémon Go app rather than putting more wear and tear on your or your parents’ car.

Of course, you could bike or walk to the PokéStops if they’re nearby, but not everyone is lucky enough to have a PokéStop near their home.

You should consider what you could be doing with the time you spend exploring the Pokémon Go world. If you’re spending hours visiting PokéStops trying to get free items, your time may be better spent earning some money and spending just a portion of that money to pay for the items in the Pokémon shop within the app.

The items aren’t overly expensive, so earning $10 for an hour of work may allow you to obtain more items than spending an hour visiting PokéStops.

Additionally, I can spend that money doing other things that will further my real-life goals, rather than leveling up my character in a game I may not play a few months from now.

And there is one last reason I won’t be spending money on Pokémon Go: my wife would kill me if I spent a dollar on that game, and I prefer to stay alive to catch Pokémon another day, even if it does take a bit longer doing it the free way.

WHERE SHOULD WE SEND
There Is a Good Reason Why I Won’t Pay to Play Pokemon Go?