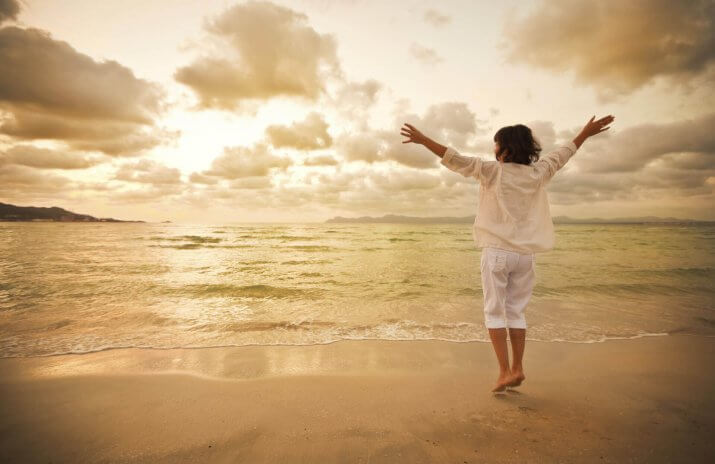 After Years Of Stress And Depression, I Finally Paid Off $68k In School Debt

The next morning, I went over to his house to clean. He was an unemployed Wall Street banker who would read the paper as I folded his laundry and cleaned his house. I found him on Craigslist one day when I was living in New York and absolutely desperate for money. I was barely making enough to pay my bills, let alone anything to put toward my $68,000 in student loan debt that I still had left from my newly-minted master’s degree from NYU.

I needed money now, and he paid in cash. The first time was fine, I thought, “I can do this. It’s not so bad.” But then after the second time, he criticized me for missing a spot and the way I did things. It was the way he said it that felt so humiliating. I tried holding back my tears, but they escaped, dripping down my face as I muttered, “I can’t. I need to go.” and left without payment.

I felt like my life had been thrown off kilter after graduation. I was stressed and depressed. My student loans felt all-consuming — and I didn’t have much work to get by on.

Once I came to terms with my situation, I resolved to get rid of my student loans. This was not the life I had envisioned for myself, and I was determined to get back on my feet.

I was sick and tired of feeling bullied by my debt and hearing the constant horror stories about student loans. I didn’t want to be another story, another statistic.

But all my friends fell in one of two camps: their parents paid for college, or they took out massive student loans.

I didn’t really know anyone that had actually paid off their loans. At the time, being free of student loans seemed insane and unbelievable.

But once I divorced myself from the common rhetoric around student loans, such as “I’ll be in debt forever”, or “Things will never change” or “We’re all F*!C$#!”, I started fighting for my student-loan freedom.

Over the following years, there were more low times, followed by better times. I made drastic moves and relocated across the country to save on rent. I started working every single weekend doing any gig I could take (including selling water at a rave once, which was interesting). There were times that I felt exhausted or embarrassed by the side hustles and debt fatigue set in, but I remembered my “why” — I wanted to be debt free to travel and freely experience life.

Throughout the years, I’ve consistently put 50 percent of my after-tax income to debt.

For the four years after I left Mr. Wall Street’s house, I worked my tail off. I was singularly focused on one goal at the expense of all other goals in my life: being debt free.

And right before Christmas 2015, I gave myself the best gift ever.

I logged into my account and saw the balance at zero. I was speechless and my breath quickened, my eyes welling up with water.

I should have been excited, but in that moment, I was so relieved. The past four years of working non-stop had finally paid off. I told my boyfriend and he said, “You did it!”

Everything I went through brought me to this moment. After sitting there in disbelief, I felt a huge weight lifted from my shoulders. I breathed easier and didn’t feel so tense. I let out an “It’s over” sigh and then I decided to properly scream and jump up and down.

Now, I get to explore life for the first time being debt free, and every cent I earn belongs to me (or the tax man). I plan on traveling more, worrying less, and saving up for my future, not paying for my past.

WHERE SHOULD WE SEND
After Years Of Stress And Depression, I Finally Paid Off $68k In School Debt?