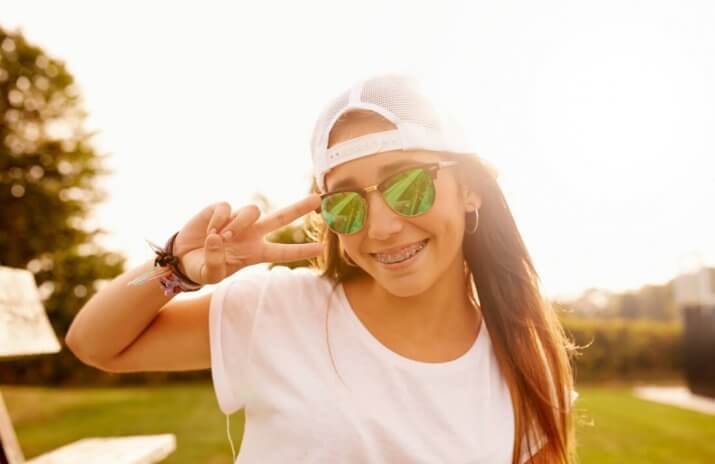 Four Money Lessons I Learned Before My 16th Birthday

Teach your students these simple truths about money that Kat learned before she turned 16. They are going to learn them sooner or later, so why not now? 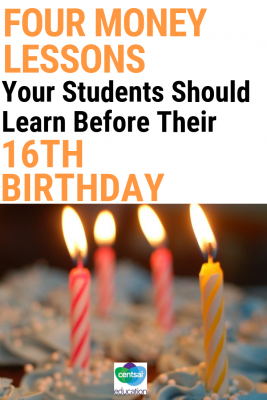 Like most adults, I often find myself wishing I could return to my childhood years — a time when I didn’t have to be so concerned with income, taxes, insurance, and those pesky things called bills.

It’s funny, really. When I was younger, I just wanted to be grown up. I thought that meant I’d be able to go anywhere, do whatever, and buy absolutely anything that I wanted. But — as any “adult” will quickly tell you — that couldn’t be further from the truth.

You often become so weighed down by real-world responsibilities that you don’t have the time, energy, or money to do those things that you were so certain you’d always do.

But, while I like to think back on my teenage years as being breezy and carefree, I’ve recently realized that it was also an incredibly educational part of my life that laid the foundation for my financial future.

No, I didn’t have to worry so much about my income at that age, but it was still a period when I learned a great deal about how to successfully manage my money — even if it was just a meager paycheck from my part-time job during high school.

Here are four money lessons that I learned before my 16th birthday, and that continue to impact the way I handle my finances today:

This isn’t just something that your parents repeat in order to drive you crazy — it’s actually true. Money has to come from somewhere, and “somewhere” isn’t the name of a tree in your backyard. Money is earned, not expected.

However, the lesson here isn’t so much about where the money is coming from — it’s more about replacing it. There were too many times throughout my teen life when I looked at my wallet as an eternal well of resources.

I assumed the money would magically appear when I needed it (which was easy to do when I still had my mom and dad to lean on).

But here’s the thing that’s important to know about money: Once you spend it, it’s gone. Unfortunately, it’s not something that just automatically regenerates. Yes, you’ll eventually get your greedy hands on another paycheck, but if you continue to spend irresponsibly, you’ll always feel strapped for cash.

I knew very little about taxes in my young teen years. In fact, all I knew were the periodic ramblings and complaints that I heard from my parents. It wasn’t until I landed my first part-time gig and saw just how big a chunk was gone from my paycheck that I truly realized what a burden taxes can be.

At my first job, I earned somewhere around $7 per hour. After learning how much I’d be making, I quickly ran home and crunched the numbers for how many hours per week I’d be working; I was thrilled with the amount I’d be taking home every two weeks.

Needless to say, I was in for a nasty surprise. My first paycheck was far lower than what I had anticipated. I felt like I had been deceived — and, more importantly, ripped off. Yes, taxes are discouraging, but they’re one of those necessary evils. So you’d do best to work them into your budget now.

3. Saving a Little Pays Off (Literally).

When I was just a kid, I began receiving an allowance. Having my “own” money was such a thrill. So much of a thrill, in fact, that it quickly burned a hole in my pocket — I couldn’t wait to spend it!

Unfortunately, that itch for instant gratification followed me into my teen years. I felt an overwhelming urge to spend every penny I made. But when I eventually wanted to make a bigger purchase — such as a weekend trip with a group of friends — I quickly realized that I didn’t have the money. I had blown it all on mostly unnecessary items.

No, saving isn’t quite as much fun as spending all of your money on something new and exciting. But take it from me: Saving even just a little bit now will really pay off (pun intended) down the road.

4. Delayed Gratification Is a Real Thing.

This one ties in with the above point, but it’s an important message that deserves to be hammered home.

It’s all too easy to be focused on immediate rewards with your finances. You want to be able to fork over a wad of cash and walk away with something great. But when it comes to successfully managing your money, delayed gratification is a real (and amazing) thing.

So don’t get so wrapped up in spending on things that benefit you today — you also need to worry about tomorrow. This skill only becomes more necessary as you continue into your adulthood, when you need to think about saving for a down payment, building an emergency fund, and investing in your own retirement.

Despite the fact that you’re not yet pulling in a six-figure salary, your teen years can be incredibly formative in terms of your approach to financial management. As these four valuable money lessons show, my teen years were undoubtedly educational — and, all right, pretty fun, too.

WHERE SHOULD WE SEND
Four Money Lessons I Learned Before My 16th Birthday?