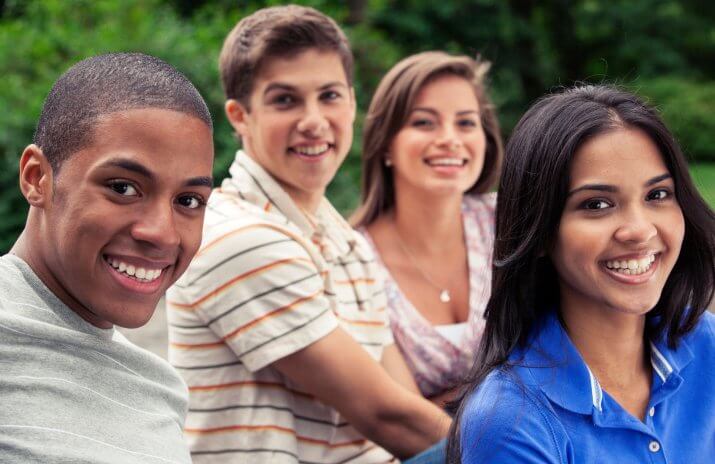 Running a business as a teen offers so many amazing opportunities. If you have students who are interested in starting their own business, go through this article with them and help them understand some of the lessons they can learn from being an entrepreneur. 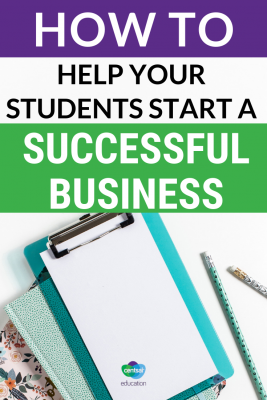 Starting a business or a nonprofit while you’re still in school probably sounds insane, right?

That’s how I used to feel… until I started a nonprofit at age 14. For four years, I ran a nonprofit that helped to combat child sex trafficking by organizing international speaking tours and raising tens of thousands of dollars. I didn’t know a thing about marketing, 501(c)(3)s, or writing grants, though. To catch up, I thought I would be asking advice from adults, but I quickly realized that I had entered a world of young activists and entrepreneurs like myself. Truth is, tons of people start businesses when they’re young.

We’ve all heard how Facebook was founded by college sophomore Mark Zuckerberg. We’ve also heard that founding a successful company by your 20th birthday is a pipe dream. It turns out, though, that tons of young people have done just that. And a few of them spoke with me about their experiences and the lessons they learned.

1. Ali Safran: Leave Room for the Rest of Your Life

Take your whole life into account as your organization grows and you face increasing responsibilities. You can probably accomplish more than you think you can, but be sure to leave time for school, friends, and all that “life” stuff!

When Ali Safran was a 20-year-old college student in Massachusetts, she turned her experiences as a sexual assault crisis counselor into a full-fledged nonprofit of her own. At the beginning, though, she thought she was simply working on a poster project for four local college campuses. Sexual assault survivors shared their experiences via “numbers” on posters to help the public understand the impact of trauma.

Ali’s organization — called “Surviving in Numbers” — grew a little faster than she had anticipated. “My main challenge was balancing how quickly the world (and I) wanted Surviving to grow while being a full-time college student who was not initially intending for this to become as large as it has.”

If you start a business or organization when you’re young, you won’t know a lot about what you’re doing. Be patient with yourself, ask questions, and most importantly, don’t be afraid to get your hands dirty.

At age 15, Lily Olson traveled to Zambia. “I was shocked by the conditions of life in the communities I encountered on the trip — severe malnutrition, overcrowded hospitals, drought, and more. I wanted my classmates to have an idea of what I’d seen. I felt sure that once exposed, they would become more active and engaged global citizens, changemakers, and conscientious voters (though none of us were old enough to vote at the time).” So, Lily set up Newton Africa Awareness (NAA) to raise awareness about poverty and politics in sub-Saharan Africa, and to fundraise for textbooks, sports equipment, and a trip for a school principal from Tanzania to Boston.

“I didn’t know how to plan, set goals, metrics for success, or delegate responsibility. I also didn’t have a good sense of what would captivate people and make them want to act.” To make sure that NAA succeeded, Lily had to learn all these skills on her own.

She also learned that “trying to engage youth turns out to be pretty similar to trying to engage adults.” While the project is now complete, Lily learned a huge amount from the experience.

People will be rooting for you and will make themselves available to help more willingly than they might if you were older. You have a lot to offer that adults find valuable!

After his second year of college, Carl Venezia, 20, co-created New Age Farmers (NAF) to promote sustainability in agribusiness by building aquaponic systems that grows fish and plants (without soil) together in one integrated system, running charity compost-collection services, and working on social outreach within the agricultural sphere.

“I wanted to be on the leading edge of thought in sustainable agriculture. NAF was about trying to make small changes in my local community,” says Carl.

Carl was surprised that his youth could be an asset in business. “You can get the benefit of the doubt from a lot of people who want to see you succeed. That really helped me get things started and build some great relationships.”

Being young had its challenges, too, though. “It was definitely tough to get any lines of credit,” Carl added. “Another challenge is that hiring people older than me was often an odd dynamic to navigate.”

The aquaponic system that Carl and NAF developed worked well, but after months of bureaucracy and roadblocks, they decided not to pursue that side of the business. NAF’s weekly compost pickups required more capital than Carl was willing to invest himself.

At that point, Carl had been running NAF for two years, and he stopped operations to pursue other businesses (also with an environmental focus).

The experience led Carl to become a full-time entrepreneur: “I am still involved in the agriculture industry and continue to obsess over organic living systems.”

When you take on a big project, build a startup, or found a nonprofit, you become an example and a resource for other young people thinking about doing the same. Connect with other young leaders and offer the same help that you benefited from yourself!

Ben Simon started Simon Lawn Care (SLC) in the seventh grade. A yard-maintenance and lawn-care company, SLC also employed a few of Simon’s middle-school friends. You can’t get a job at 12, so the only way to make money is to start your own business!

What started out as an effort to raise money to purchase an Apple product turned into a business with 200 customers by the time that Ben graduated high school. A couple years out of high school, Ben was managing nine full-time employees and several other lawn professional contractors.

Ben faced age-related logistical and legal obstacles to running his business. “I actually had to hire somebody to drive me around in my truck and bring my equipment to jobs because I didn’t have a driver’s license yet.”

And because he was young, “people didn’t think I could handle more complicated jobs at bigger properties.” Over time, Ben developed an impressive portfolio and proved those people wrong. Even though SLC is no longer operating, Ben learned a tremendous amount from the experience. “I learned that age is irrelevant in business,” he says. “Now, I treat younger people differently than most adults probably would because I’ve been in their shoes.”

WHERE SHOULD WE SEND
Never Too Early: 4 Teenpreneurs Share Tips on Starting a Business?